Human evolution is the process by which human beings developed on Earth from now-extinct primates. No we were not created by god overnight, and certainly not the way explained in some holy books. Our species evolved over a period of a few billion years, like all the animals around us. It is said that to predict the future, study of the past is of foremost importance. So the study of evolution becomes paramount to understand what will happen to our species in the future. 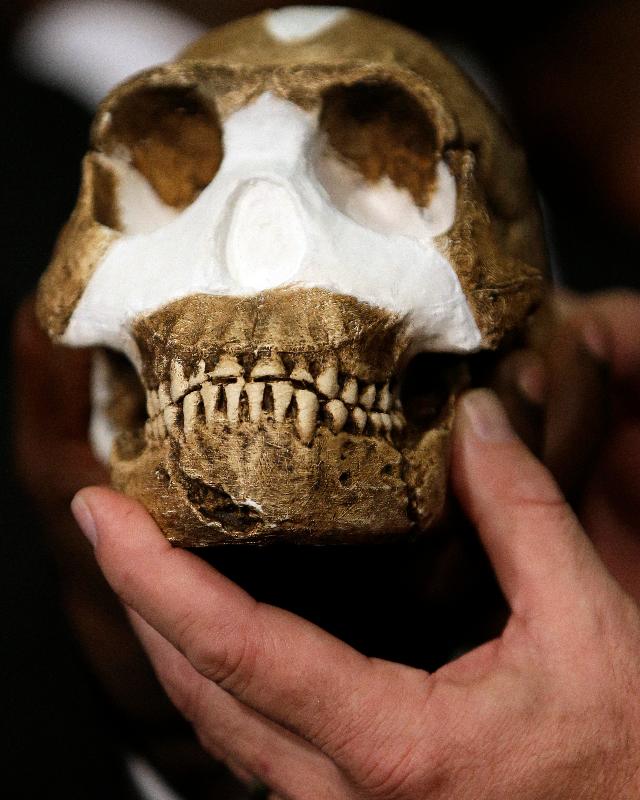 In the past teachers and researchers had to wait for multiple years before they could lay hands on the replicas fossils of our ancestors - hominins, but with the easy availability of 3D Printers and 3D model repository of these bones, they can be printed almost instantaneously. So when a team of Paleontologists from the Rising Star Expedition discovered fossil skeletons of Homo naledi, an extinct species of hominin, they decided take the advantage of this new found ability and made the models almost immediately available for people to print.

According to John Hawks a palaeoanthropologist on the Rising Star Expedition, they digitally recreated the bones of Homo naledi and 3D Printed it using a desktop Makerbot Printer. These 3D printed models were then enhanced using clay cast and coat of paint. The results are as good as the real thing and it kind of makes the research more open source with people all across the globe having access to the Replicas.

He added “Rising Star Expedition’s opening up of information so soon after discovery is unprecedented and very, very welcome. In the past, fellow researchers and teachers would have to wait multiple years — and pay hundreds of dollars — to get a cast of the new fossil. And wait many more years for all the data to be opened up. Within 12 hours of the species announcement, I had downloaded and printed 5 of my favorite pieces ofH. naledion the MakerBot 3D printer we have in my Virtebra Lab at the Division of Anthropology and Archaeology at the University of West Florida: I selected a mandible, a fragment of a maxilla that matches, the top half of a femur, one of the anatomically fascinating first metacarpals, and a large chunk of skull. I spent much of the day of the announcement printing, which meant I was able to bring the fragments in to my Human Osteology course almost immediately after the to talk to the students about what had been discovered. While not all of them were interested in the find, the ones that geeked out with me made my frenzied printing of them worthwhile.”.

If you have a budding Paleontologist in your child, there cannot be a better gift than these 3D Printed replicas of the Fossil hominins. We have made a list of sites where you could get the 3D Printable - Digital version of not just the Homo Naledi but also the other Hominin Fossils. (The list is order of Evolution – Oldest to the latest).