Just How Big is the Current 3D Printing Industry 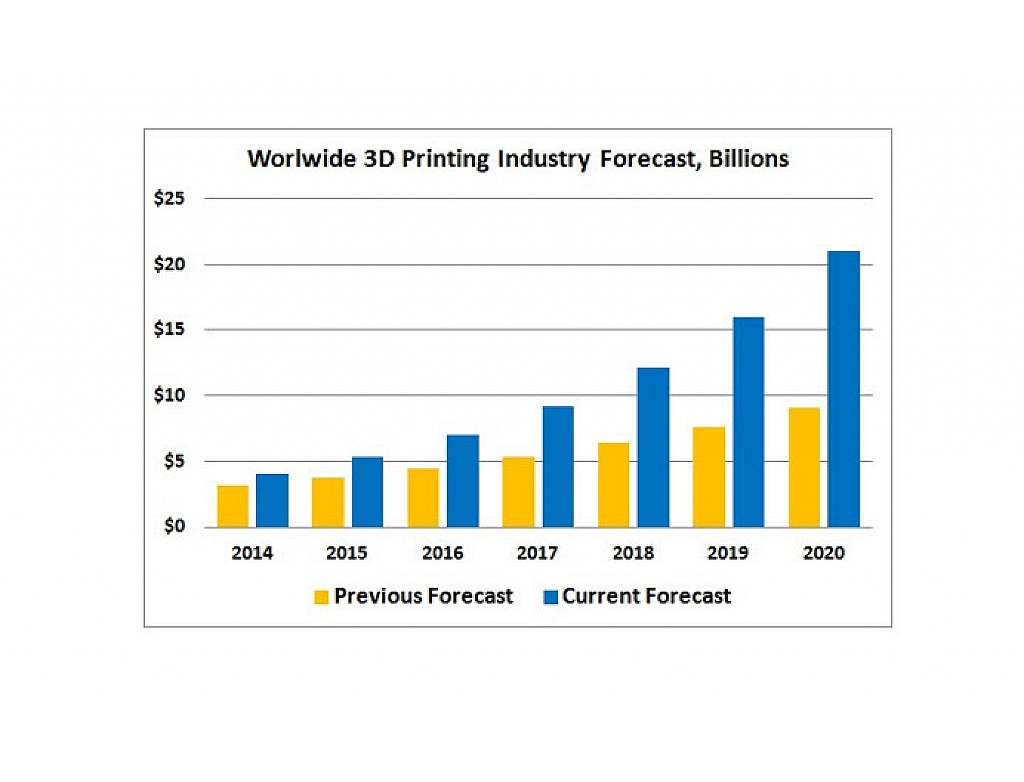 3D printing is gaining wide spread acceptance within industries like automotive, aerospace, dental, Electronics, Fashion, and Medical. While most 3D Printing is limited to prototyping right now we expect it to be used for mass production by the end of 2020. This certainly would be the single most factors that would allow a staggering growth of the 3D Printing industry that we are all expecting.

So does that mean that 3D printing would be in a limbo till 2020, Absolutely not!! According to Report Wohlers published in 2014, the worldwide 3D printing industry is now expected to grow from $3.07B in revenue in 2013 to $12.8B by 2018, and would be a $21Billion industry worldwide by 2020. The recent growth of the 3d printing industry has been so phenomenal that even Wohlers has to revise their earlier prediction which that published in 2013 of $10.8Billion by 2020 to $21Billion by 2020 just one year.

If we look at this year’s market situations the shipments of 3D Printers have already raisedby 52 per cent year on year in the first half of 2015, a total of 88,000 units of 3D Printers have already been sold worldwide. That translated to a 21 per cent year on year growth and puts the half yearly revenue from the 3D printing industry at $1.8 billion USD.

Leading the race in the pack of manufacturers was a Taiwanese Company called XYZprinting, which became the largest 3D printer vendor worldwide, representing 22 per cent of shipments. The company’s strategy to deliver cost FDM and Resin based printers has helped the company’s sales figures skyrocket. 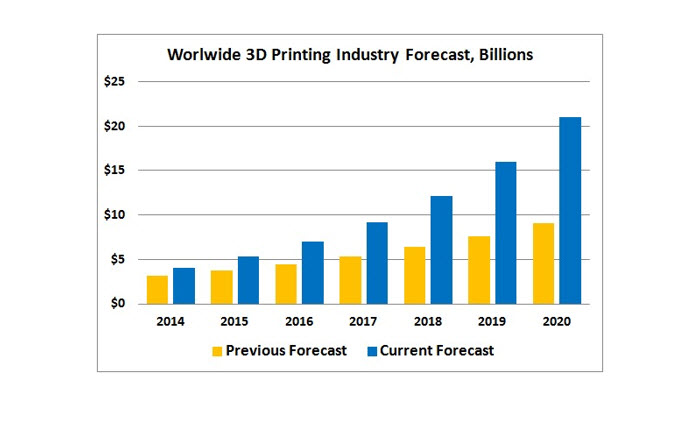 This growth shows a paradigm shift in consumer attitude towards 3D printing businesses. People are now looking for a cheaper and affordable 3D printing solution. The consumers were also seen purchasing 3D Printers made in their local market rather than expensive foreign brands, the Chinese manufacturers are certainly having a good time with the current consumer behavior.

Joe Kempton, Analyst, from Canalys spoke to us about the present and the future of the 3D Printing industry and this is what he had to say

“Additionally, the compelling price points have helped these products become increasingly popular among consumers and some have seen remarkable success in the education market too. Several of the major 3D printing vendors struggled in the first half of 2015, some as a result of lacklustre product offerings. This allowed smaller vendors to perform exceptionally well. Various market forces also contributed to this dip, including the falling value of the yen and euro against the US dollar, with many large customers delaying purchasing decisions.”.

All the research done till date about the 3D printing industry shows promising future, but we all need to remember that these growth can see periodic fluctuations which may happen due to a lot of unprecedented world events.