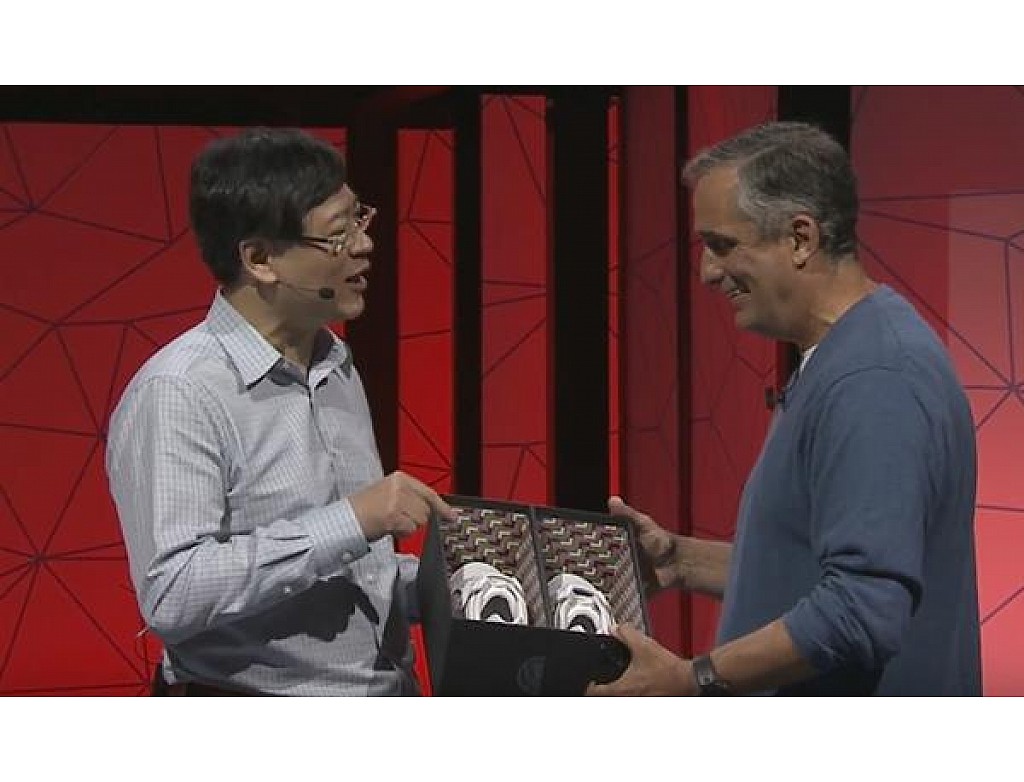 IOT or internet of things is an initiative to make network of physical objects, the term has somewhat become main stream these days. If you are not sure about it let us explain, IOT means “The infrastructure of the information society.” The idea is to create devices, vehicles, buildings and other items—embedded with electronics, software, sensors, and network connectivity that enable these objects to collect and exchange data. The world would soon see a spike of devices made using IOT, experts estimate that the IoT will consist of almost 50 billion objects by 2020.

One great example of IOT was showcased at the Lenovo’s Tech World 2016 which was held at Held in Silicon Valley yesterday. It was a pair of 3D printed smart sneakers which were fitted with numerous sensors, Leds and also works as a mobile game controller.

Powered by sensors made by the silicone chip giant Intel electronics, was shown to the public by none other than the CEO of Lenovo Mr. Yuanqing Yang and Mr. Brian Krzanic the CEO of Intel. The 3d printed shoes consist the yet to be launched Intel Curie wearable chip, which could soon power a lot of wearable devices. 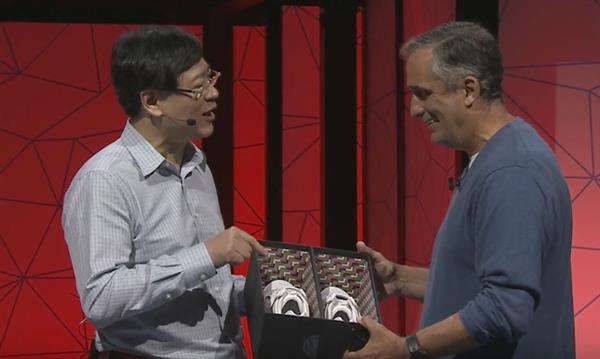 So what does these 3D printed Shoe Do ?

They are fitted with sensors which could replace the wearable fitness bands as they are capable to wirelessly connect with your smart phones and show data like steps taken in the day and calories burned. Well that’s not all as the shoes are also fitted with smart LEDs, which adds a funky feel to wearing them (Reminds of kids shoes with LEDS which are very common these days.)

The shoes as we told doubles up as a gaming controller hence can be used to play simulation games which require people to walk and run. One of the best examples would be games like Dance Dance Revolution game.

While Lenovo cleared that these shoes were mere proof of concept and may never see the light of day in the retail market, they made it clear that the shoes insoles were custom made using 3d printing and scanning technology.

This shoe just shows how modern day technologies can combine and make products which are not just future ready but also has the capabilities to make some commonly used devices as obsolete. Adding 3d printing to the whole scheme of things certainly provides options for individual to develop gadgets that can he highly customized.