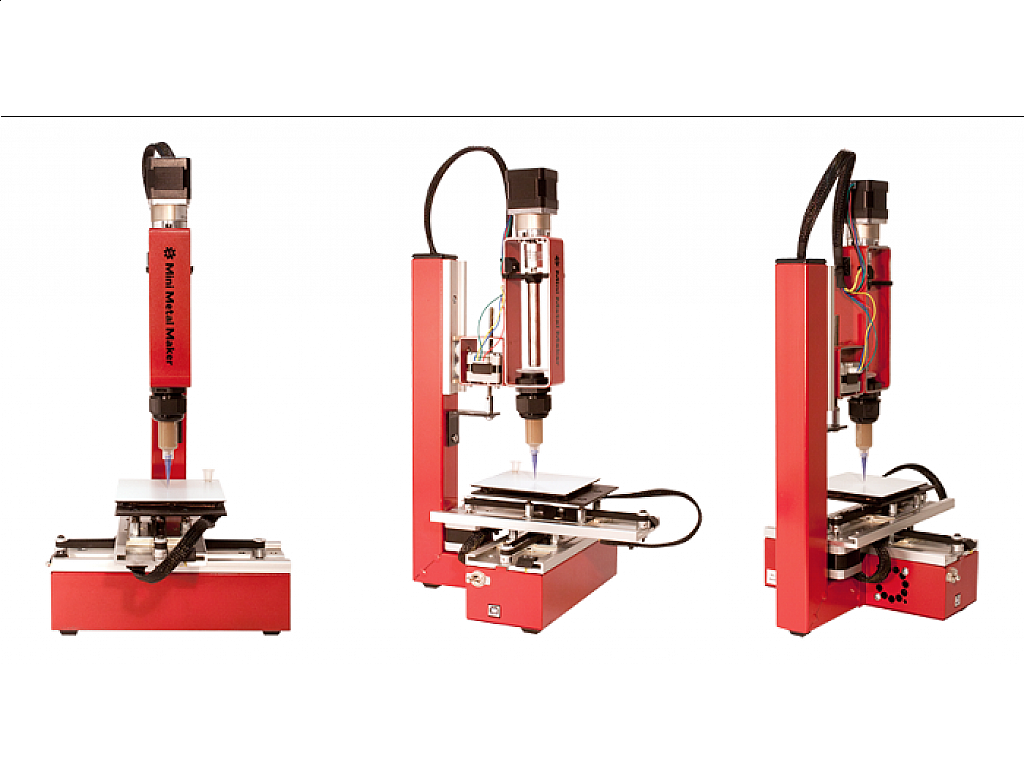 The Mini Metal Maker is very exciting because it is a unique combination of an artistic material with the field of 3D printing. The Mini Metal Maker prints 3D objects from digital files directly in metal clay, rather than in plastic. The Mini Metal Maker will add new capability for the DIY inventor or artist by making fabrication in metal easy and direct. It will be a boon for anyone interested in creating their own equipment, small mechanisms, or printing detailed jewellery or metal ornaments. 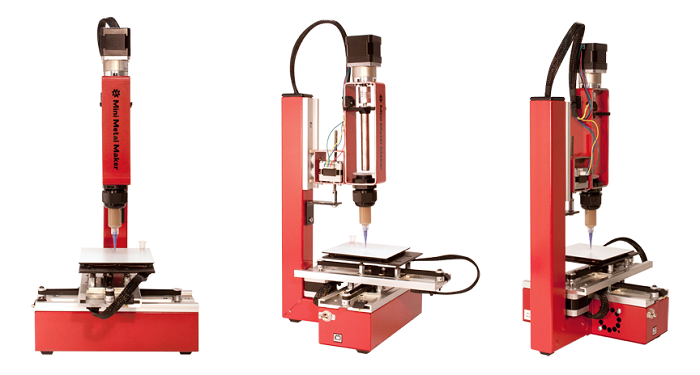 The metal printer has the ability to print items at prices cheaper than the traditional metal manufacturing cost which don’t break the bank and could be a boon for several markets, like that of jewellery market. The problem though is that the most printers which manufacture the metal objects costs more than $1 million, typically out of the reach for most small businesses and hobbyists.

The printer, which is incredibly sleek, functions in a similar way to a Cartesian-based FDM machine. The only real difference is that instead of thermoplastic filaments, the Mini Metal Maker uses metal clays which users will be able to purchase on the company’s website in 50g cartridges, thanks to a partnership with Metal Adventures. Unlike most professional grade 3D printer, the objects made with the Mini Metal Maker will have to be fired in a pottery kiln and heated to about 1550 degrees after drying and fusing to remove all the organic binders in the paste, but the result is great. It leaves behind the high purity metal in the original shape it was printed in, though it slightly shrinks 12-20% depending on the metal and the heat used. Those objects can then be handled like any other metal components, including bending, filing, drilling and polishing to shining perfection. 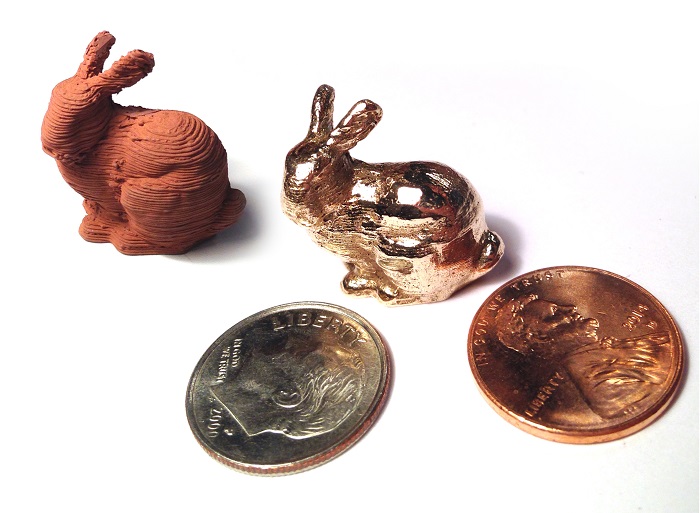 The concept itself is brilliant, and it’s not difficult to image all the practical applications it can be used for as David himself said, “it is the only self-contained 3D printer designed specifically for metal clay materials. This 3D printer is the perfect edition to your jewellery studio or maker workshop.

This time around, they want to move the company out of their garage and into a full-scale production facility. They are seeking a total of $150,000, which will be used to move to this new facility, develop new software to more intuitively run the machines, purchase tools and machinery for production, and deal with the various licensing issues required to produce these 3D printers.

Priced at just $2,100, this machine falls into a category of metal 3D printers which actually doesn’t even exist yet. If the machine works like the company claims, it could certainly be a game changer for hobbyists as well as many businesses, small and large. The first units are expected ship sometime in October whether the company meets their $150,000 Indiegogo goal or not.

The Mini Metal Maker is built around the concept of using the minimum number of parts, reducing the cost to produce and also eliminating many chances for error during assembly.