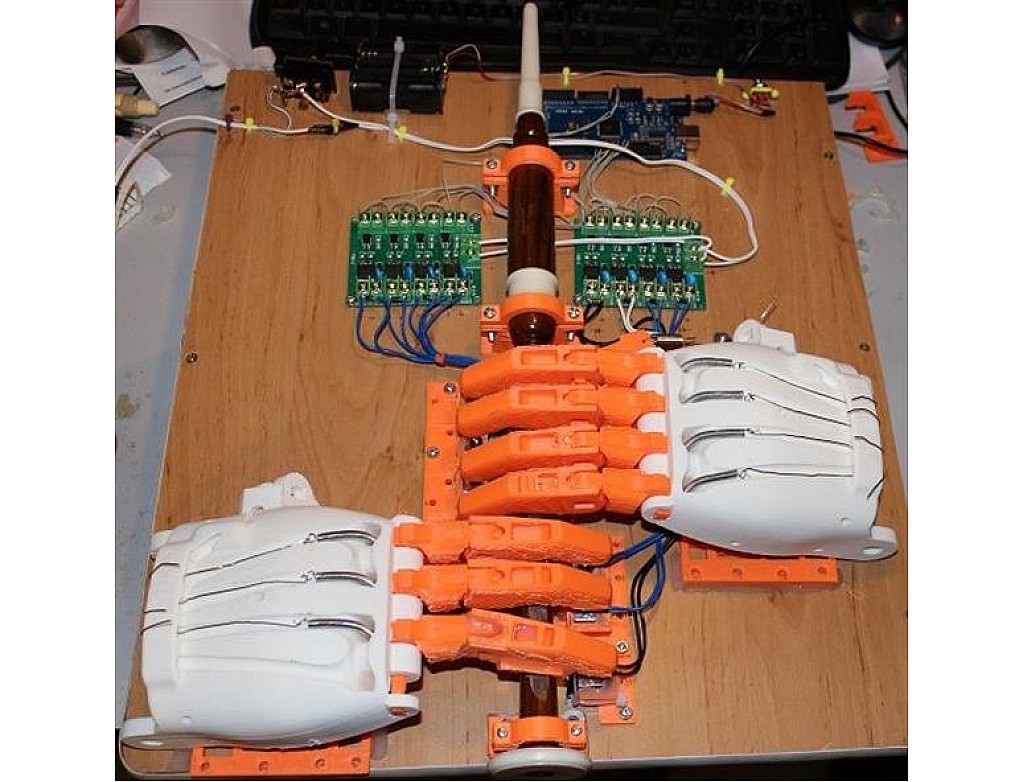 XenonJohn, a user of Instructables, has created an inspiring bagpipe-playing robot using 3D printed parts. The system comprises a pair of 3D printed e-NABLE hands, an Arduino Mega 2560 and a low-priced bagpipe “chanter.”

The e-NABLE Community has been founded by Ivan and Jen Owen in 2011. Currently, volunteers from all over the world are open-handedly using their 3D printers to make prosthetic hands for the needy children. Eventually, the e-NABLE prosthesis became one of the most recognized communities for artificial hands in the world.

XenonJohn took two e-NABLE prosthetic hands and wired them to an Arduino. Finally, he automated them to play the bagpipes. The name of the bagpipe-playing robot is Ardu McDuino. Presently, the 3D printed robot comprises two e-NABLE hands, an Arduino, a bagpipe chanter, and several electronic components. The system is actually low-priced and it is a bit like a recorder that doesn’t create too much sound. Johan amazingly made this device; a robot that plays the chanter just like a human player would play, however, the robot does it with the help of its 3D printed fingers. 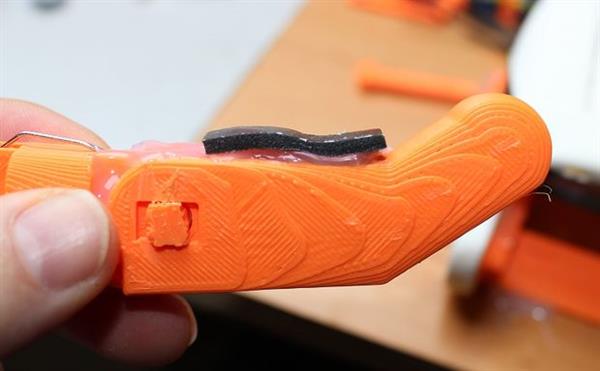 Usually, e-NABLE prosthetic hands lack dexterity that is needed to play any musical instrument. Hence, John equipped the 3D printed hands with solenoids – wires that work like magnets. With the help of these solenoids, the “brain” of the robot can command each finger to press down on its equivalent chanter hole. This feature helps the robot to play an entire song.

While creating this 3D printed robot, John had to face some challenges such as he had to be extremely careful about the size of the prosthetic hands for his selected chanter. Finally, he recognized that the 3D printing of prosthetic hands produced at a scale of 1.71 is the ideal size digits for the device.  On the other hand, John incorporated a system for “grace notes” into his code. It was necessary for him to add additional notes so that the air flow through the chanter will be persistent.

At this moment, the robot is able to play the music in all style. However, John has yet not created an ideal air pump for the device. For this reason, users now need to blow air into the tube. With the help of John’s Instructables guide, users can also try to make their own 3D printer robot.