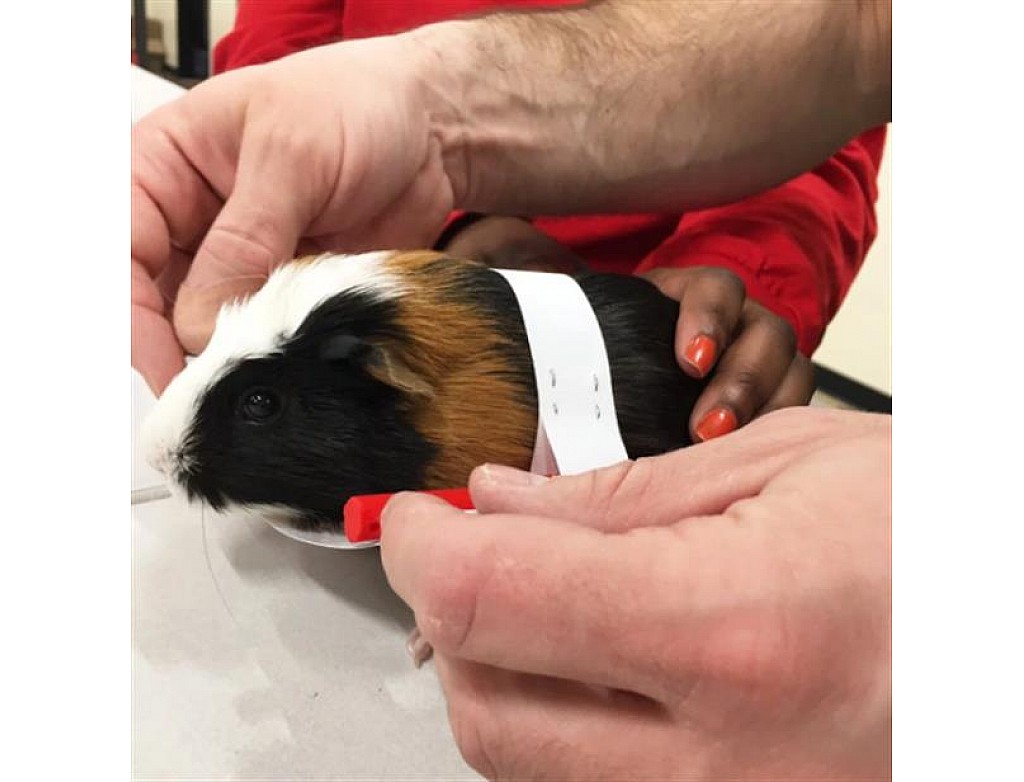 A heart-touching story of humanity has been seen in Ohio, where a pet guinea pig was given a tiny 3D printed wheelchair as she was injured.

How did the Guinea Pig get the Injury?

An eight months old guinea pig, Luna suffered an injury when she inadvertently fell from her carer’s bed. Fortunately, the fall was not fatal and she is still alive. However, the injury resulted in the temporary paralysis of her hind legs. Emmanuel Mills is the owner of Luna. The 9 years old wanted to search an effective way so that he could help the pet in regaining her mobility.

How did the Child and his Sister Reach Out to the Lorain County Joint Vocational School?

The child sought help from his 16 years old sister Jessceya Bonds. After watching many videos of cats and dogs being fitted with 3D printed wheelchairs and supporting devices, she reached out to the Lorain County Joint Vocational School.

Consequently, Brian Scanlan – the teacher of JVS, offered help in creating and 3D printing a tiny pig-sized wheelchair for Luna. Building the design based on an existing dog wheelchair, he along with his students made this 3D printing model with the help of JVS’ new 3D printer. Lorain County JVS deals in providing vocational as well as technical training to students and adults.

Explain the Designing Process of the 3D Printed Wheelchair.<

The guinea pig-sized wheelchair was 3D printed using red polyamide nylon as well as assembled with the help of paper clips and straps, which actually helped in holding the back legs of Luna and attaching the device to her body so that she could perfectly move around. 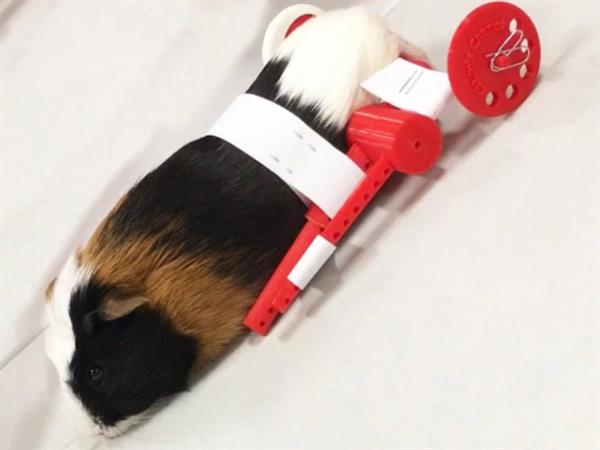 Jessceya told that Luna did not like the 3D printed wheelchair initially as she preferred to move around on her own. However, after a couple of weeks, Luna gained too much of weight and hence, she could not even fit in that 3D printed wheelchair properly. Finally, it was slightly scaled up and reprinted. Jessceya had also confirmed with a vet that whether the idea of providing the 3D printed wheelchair to the injured Luna is good or not. After getting reassured from the vet, she chose this idea. Even, the vet helped her by providing a laser therapy as well as special stretches for the injured guinea pig.